Louise Ziegler, Deputy Chief Physician at Danderyd Hospital, is one of two Swedish researchers taking part in the international network “Network for Research in Vascular Ageing”. After obtaining her doctoral degree in March, she is now looking forward to conducting projects in inflammation research and developing close collaboration with international colleagues.

She had originally planned to continue doing research straight after her doctoral degree, but had to change plans quickly when the COVID pandemic hit with full force.

– It happened so quickly. I felt that the hospital I left before my doctoral degree was a different one from the one I returned to. The hospital was quickly adapted into an epidemic hospital. To begin with, the situation was almost a shock, but we learned a lot during spring; knowledge that we have benefitted from greatly during autumn and the second wave of the epidemic.

One of three Swedish representatives

Louise Ziegler is Deputy Chief Physician and head of Resident Physicians (prospective medical specialists in training) in the internal medicine and infection operational area at Danderyd Hospital. Shortly before being awarded her doctoral degree in March, she accepted the post as one of Sweden’s two representatives in the international researcher network Network for Research in Vascular Ageing (VascAgeNet). The ambition of the network is to drive forward scientific issues in the area of vascular ageing and underlying mechanisms, and to find new technical solutions and therapy solutions.

– I think that it is both valuable and important to be able to take part in seminars, discuss relevant research issues and learn what others think together with colleagues around the world.

– So far, I have not been able to take part in person, as I was busy with my thesis, but I really look forward to meet up once it becomes possible.

VascAgeNet consists of five working parties. Louise is part of the working party focusing on big data and research studies.

– This suits my background and my research interest. The group works on making the collection of research data more efficient, both within and between countries, and on how we can share our data, create larger registers, and do joint data runs. If all turns our well, I will also have time to become involved in the group focusing on dissemination of knowledge in society and education. It is about spreading knowledge and communicating what we do to a broader group.

Louise Ziegler was awarded her doctorate by the Department of Clinical Sciences at Danderyd Hospital.

In Sweden, we can follow an individual from birth to death, which is unique. Many countries look at Sweden with envy.

– We have unique national registers, many with almost 100 percent coverage. They can be run together, and together with other registers in areas such as social services and municipal care.

Three of the articles in Louise’s thesis are based on registers.

– This is both resource-effective and cost-effective. I don’t have to meet the patient to follow up, but can follow them via registers. That saves time, both for me and for the patients.

In her thesis, she found support for there being a relationship between IL-6 and atherosclerosis-related diseases.

– It is a specific inflammation route, known as ‘IL-6 trans-signalling’ that we are specifically interested in, and that we think contributes to the emergence of disease. We don’t know today why some people have increased signalling.

More research is needed, says Louise Ziegler. If the results are correct, this knowledge could be the foundation for the development of future biomarkers, for example. The aim is to make it possible to predict increased risk of vascular events in individuals without any previously known vascular disease.

Louise has also discovered that patients with severe COVID infection have high levels of IL-6. Analyses of around 40 patients cared for in hospital showed raised levels of IL-6, as did other studies.

– I would like to see if there is any link between IL-6 transsignalling and COVID, and whether it is possible to develop biomarkers and new strategies for treatment. But we need more patients and more material before we are able to draw any conclusions. This isn’t altogether easy; many people have started different research studies, and there is a lot of competition in terms of recruitment of COVID patients.

Building up a vascular centre

As someone with a recently awarded doctorate, it is not easy to find a way to continue doing research, Louise Ziegler has found.

– As a doctoral student, you are taken care of and have a ready-made route up to the award. After that, things become more uncertain. With a recently awarded doctorate, I don’t have sufficient resources to set up my own projects; instead, I need to be part of a larger group, and also find funding.

During 2021, she has obtained local research funding, enabling her to take time off for research for a couple of weeks. In her dreams, she would like to combine work at the clinic with research, and build up a vascular centre together with experienced colleagues.

– Several of the major diseases, such as stroke and heart attacks, are fundamentally vascular diseases. This also includes intermittent vascular claudication, which is caused by poor circulation in the legs. This causes narrowing of the blood vessels in the legs, which leads to cramping pain, often in the calves. It often occurs during exercise, and means you have to stop and rest. The disease does not get much attention, despite being common. I would really like to see a clinical knowledge centre, where we gather together all knowledge about vascular disease and benefit from research in several different fields, says Louise.

What do you hope for from VascAgeNet?

– The network is really important. It is really difficult to do research on your own. Ideas should not be kept private; they should be disseminated and hopefully fertilise the ideas of others. This leads to new ideas, that can lead knowledge and development onwards.

Louise would also like to see more emphasis on preventive inputs and measures.

– I would really like to see the EU having a more comprehensive health and medical care policy, where member countries work together towards healthier lifestyles and preventive healthcare. Because this is a really neglected area. 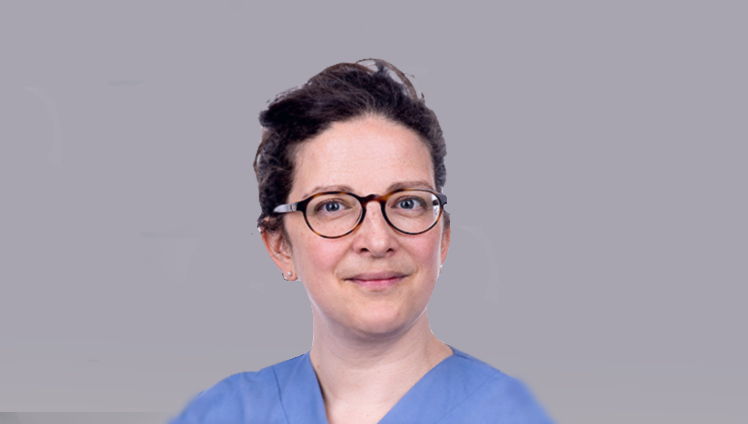 Driven by: Interest and curiosity

Excited by: My work

Worried by: The stigmatisation and exclusion of persons/teachers who are considered as promoting divergent/unpleasant views. Free intellectual conversation is needed!

Scientific breakthrough I would like to see: We need more research into antibiotic resistance, and to find more antimicrobial mechanisms to gain access to effective treatment of infections also in the future.

If I was the Minister for Research, I would: